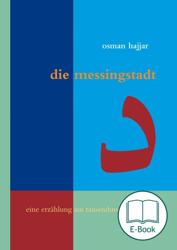 E-book 8.8 MB
Anyone associating The Arabian Nights with erotic stories will doubtlessly be disappointed when reading “City of Brass” (Nights 566−578). This tale deals not with the lust for life but, on the contrary, with the vanity of existence: Each individual who attempts to safeguard his own memory will inevitably fail because of the destructiveness of time. This is a lesson the reader learns together with the protagonist Mūsā Ibn Nu“ayr (d. 716−717), accompanying him on his fantastic expedition to the end of the world, which at the same time also seems to be the beginning of time. The study examines how the detailed steps of Mūsā Ibn Nu“ayr’s “sentimental journey” are staged with respect to space and time, and how the recurrent motif of vanity gradually leads him to religious awareness.