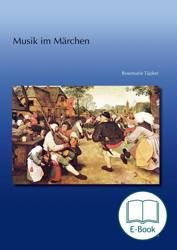 E-book 10.0 MB
Music moves us to dance, sometimes until we drop. It immerses us in other worlds, it overcomes boundaries, it arouses longings and desires which often set the development of a story in motion. The author has examined more than three hundred European folktales in search of how music was experienced in the past, away from courts and palaces. In addition to familiar things, she encountered surprising points in the process: Music acts as a witness, uncovering long past crimes, or in a very modern manner it contributes to the shaping of identity.
The comparative study is preceded by detailed depth psychological analyses of three selected music tales: “The Creation of the Violin”, “The Donkey” and “The Son Fights against the Father”. For the first time, an intersubjective method stemming from morphological psychology is tested on fairy-tale texts so that the ideas that occur to listeners can establish contemporary references to the understanding of the fairy tales in our time.
Additionally, an index with the 329 fairy tales examined makes this book the most comprehensive collection of European fairy tales up to now in which music appears.
The book is a treasure trove for fairy-tale researchers, music scholars and psychologists. But readers who simply find fairy tales appealing and who are enthusiastic about music can make interesting discoveries and find the inspiration for a completely new perspective on supposedly well-known fairy tales.

has taught at the Faculty of Philosophy of the University of Münster since 1990. In addition to numerous publications in the field of music therapy, for a considerable time she has also devoted her attention to the field of intersection of music, cultural psychology and depth psychology both as a music scholar and against the background of her experience as a psychotherapist.