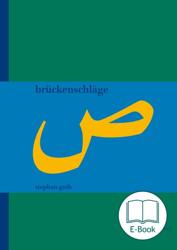 E-book 135.8 MB
Brückenschläge (Building Bridges) is the first detailed and systematic comparison of two modern Middle Eastern literatures, taking the novel genre as a paradigm. The study’s synoptic approach challenges, and gets past, the concept of Arabic resp. Turkish “national literatures”, outlining a model for the description and periodisation of the processes at work in modern Middle Eastern literatures in general. An extensive comparison of the contexts, literary and extra-literary, in which each literature is being produced points to the conditions which favoured a similarity of development in spite of the scarcity of exchange between both literatures.