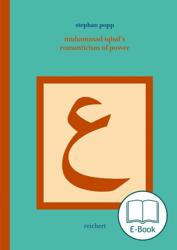 A Post-Structural Approach to His Persian Lyrical Poetry

E-book 59.0 MB
A study of the Persian poetry of Muḥammad Iqbāl (1877-1938), today Pakistan’s national poet, this work identifies the position his poems occupied between tradition and modernity, specifying the appeal they held for his contemporaries. Drawing on structural text analysis, the aesthetics of reception, and the semiotics of Umberto Eco, the study undertakes to demonstrate that the message in Payām-i Mashriq (Message from the East) and Zabūr-i ͑Ajam (Persian Psalms) is romantic. An adaptation of national romanticism, Iqbāl’s version may be called a pan-Islamic romanticism of power and so very distinct from a nature-inspired romanticism. The traditional forms utilized for the poems are revealed to be mere tools for rendering this message plausible. Employing traditional rhetorical devices to convey a thoroughly modern content, Iqbāl succeeded in establishing a bridge for the Muslims of India to connect into the discourses of pan-Islam and self-governance, thus motivating them to join India’s independence movement.

“In conclusion, (...) this study can be considered as an experimental attempt to let the ‘‘post-romantic’’ Persian writings of Iqbal speak primarily for themselves. The book, in other words, operates first of all as a committed reading-guide for a significant part of the Lahori poet’s literary production, and ideally (if not methodologically) finds its place among a well-established tradition of European studies on Iqbal represented especially by an older generation of orientalists (and ‘‘Iqbal-enthusiasts’’), such as the Italian Alessandro Bausani (strangely enough, not mentioned in the bibliography) and especially the above-mentioned German Annemarie Schimmel.”