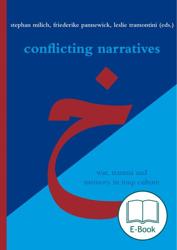 E-book 7.5 MB
This volume deals with the Iraqi cultural production under and after Baathist rule, a research field which, in comparison to Iraqi history and politics, has attracted relatively scant scholarly attention. The contributors depict the impact of dictatorship, sanctions, and successive wars on Iraqi culture, analyze the predominant narratives and counter-narratives in Iraqi culture, as well as considering the effect of the demographic shift to exile and diaspora. Further contributions deal with the fragmentation of Iraq’s political culture and artistic representations of diverse identities and historical memories. And last but by no means least, the volume asks how the strategies of those intellectuals who supported and legitimized official politics during the Baathist rule can be approached and studied critically with a view to gaining a better understanding of how official culture functioned.