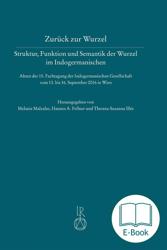 studied historical and theoretical linguistics at the University of Vienna and received his PhD from Harvard University in 2013. He was a postdoctoral researcher at the University of Vienna from 2013-2017 and Assistant Professor at Leiden University from 2017-2018. Since 2018 he is the principal investigator of a START-project funded by Austrian Science Fund dedicated to the research of the Central Asian variants of the Indian Brahmi script. Since 2021 he is Associate Professor for historical linguistics and digital philology at the Department of Linguistics and the Department of European and Comparative Literature and Language Studies at the University of Vienna. He is co-editor of the journals "Die Sprache" (Harrassowitz) and "Tocharian and Indo-European Studies" (Museum Tusculanum). He is a member of the Young Academy of the Austrian Academy of Sciences. His research interests include Indo-European nominal morphology, historical and comparative linguistics and philology of the Indo-European languages of the ancient Silk Road, and theoretical approaches to language change.