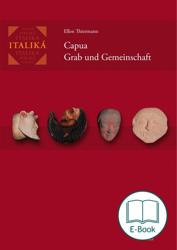 E-book 64.7 MB
The tombs of pre-Roman Capua are known for their extraordinary finds, yet the excavations in the necropoleis of this most important Campanian centre have left a problematic heritage. In this book are published hitherto unknown data and finds from the necropolis in località Fornaci, which is the biggest burial place systematically excavated. The material concerned covers the so-called Etruscan period. A thorough analysis of Capuan funerary customs in the archaic and early classical times provides new insights into the social organization of the community and into collective identities as well as a critical evaluation of current historic models.