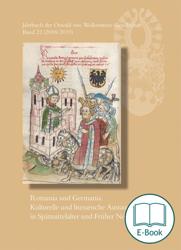 E-book 179.6 MB
Bernd Bastert is professor of Medieval German Literature at the University of Bochum, Germany. He is editor of several german texts of the 15th century and author of numerous publications about Medieval German literature and culture.