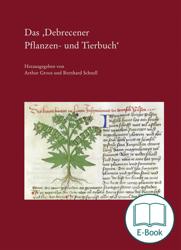 Arthur Groos (born 1943) studied German and Medieval Studies at Princeton University, the Free University of Berlin, and Cornell University, taught first at UCLA and then at Cornell, where he is Avalon Foundation Professor in the Humanities. In 1978-79 he was a John Simon Guggenheim Fellow and Fulbright Senior Fellow at the University of Munich, and in 2001-02 held a Humboldt Research Prize at the Free University of Berlin. His principal research interests are medieval literature and musicology (opera). Medieval publications include Medieval Christian Literary Imagery (1988), Romancing the Grail: Genre, Science, and Quest in Wolfram’s Parzival (1995) and several edited volumes. He is also co-editor of Transatlantic Studies on Medieval and Early Modern Literature and Culture.