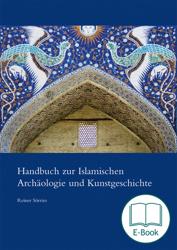 E-book 268.9 MB
In the style of the classical handbook, the Handbook on Islamic Archaeology and Art History contains 765 pages with over 400 colour illustrations covering the entire field of knowledge of Islamic archaeology and art history from its beginnings to the present day. It includes the history of research, characterizes Islam and its currents, offers a historical overview, structured according to the ruling dynasties, and in the systematic main part it opens up village and city as living space, the profane and religious architecture, the cemetery system as well as the arts and style epochs up to the post-Islamic period. In addition, some of the regions and artistic landscapes follow from Europe to the Far East, from Africa to overseas. A separate chapter is dedicated to the encounters between the Occident and the Orient. An extensive glossary as well as a place, subject and personal register underline the character as a reference book. As an introduction, students are also informed about study and working conditions.

Although the handbook initially addresses students and scholars of Islamic archeology and art history, Islamic studies in general, Oriental studies and the neighboring archaeological, art historical and theological disciplines, it can also provide interested lay people with a deeper insight into the nature of the book Enable Islam and its people. Last but not least, the upheavals in the occidental encounter and confrontation with Islam become clear, which, according to Nine-eleven, have led to a complete reorientation in the conception of the Islamic Museums. In this handbook, the growing skepticism about Islam is fueling the rich social, political, cultural, and artistic heritage of Muslims who have been superior to the Christian West over long periods of time.

Reiner Sörries, born 1952 in Nuremberg, studied theology as well as Christian archaeology and art history. From 1992 to 2015 he was director of the Central Institute and Museum for Sepulchral Culture in Kassel. He is apl. professor for Christian Archaeology and Art History at the Theological Faculty of the University of Erlangen. He has been retired since 2016. He lives in Kröslin on the Baltic Sea.