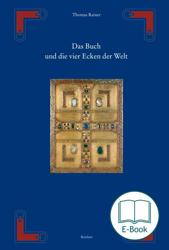 E-book 69.1 MB
Starting with a detailed iconographic analysis of the four angles (gammadia) placed in the four corners of the book covers gifted by the Lombard queen Theodelinda to the basilica San Giovanni in Monza (ca. 600 a. D.) the study tries to reconstruct the historical process that led to the development of the book cover as a mirror of its content in early Christian art and established the four gospel codex as a medium representing the world. Special attention is paid to the relationship of Jewish and Christian book casing thereby taking account of the different types of books, scroll or codex, used in each religion for the writings of Holy Scripture. The development of the codex starting from low esteem in classical antiquity to highest regard as an object representing the world in late antique Christianity is told by the different images of the biblical books in art: at first scrolls enclosed in a bookcase, later open codices and at last closed codices. Parallels between these images and the use of gospel codices in a liturgical setting, especially a ceremony preparing for baptism called Expositio Evangeliorum, explain the change in the representation of the gospel from open book to closed codex. The book cover of the codex thereby functioned in a similar way to the doors of the shrine used to enclose the scrolls of the torah. In an epilogue the continuing interest in the iconography studied by the analysis of the Monza book covers is shown by a close look at the architecture of the new national library in Paris designed by Dominique Perrault.
Thomas Rainer