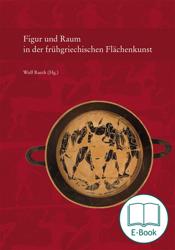 E-book 34.7 MB
This volume collects eight contributions of specialists in the field of early Greek art history on the topic of one of the core themes of Western visual culture. It deals with the emergence and development of ways to seeing and depicting that have shaped the art of later epochs. The themes/topics range from format restrictions and imagery overlaps, the playfulness regarding ornaments and three-dimensional space, cross-cultural connections that show in votives objects found in larger sanctuaries, but also the decoding of the ways of depicting garments – the latter at the same time being a contribution to discussion of the methodology of how to interpret Archaic Greek figurative art.

The groundwork for the development of Western figurative art was laid out during the formation of the Greek polis from the 8th to early 5th centuries BC. The analysis of early visual perceptions and representative approaches forms the main foundation of our understanding of early archaic images. Ever since the ground-breaking studies of Nikolaus Himmelmann and others half a century ago, archaeological research has steadily, yet merely selectively, worked on this topic. The present volume collects eight closely-linked thematic contributions of experts on early Greek art focusing on the core problem of Archaic imagery production: the tense interrelation between figure and space. For this purpose, unpublished material in addition to well-known masterpieces will be discussed. Obviously, vase painting from various regions is of special importance for this theme; additionally, toreutic products as well as marble sculptures are taken into consideration.
The authors approach the topic from various angles and by selecting different aspects. Rigorous cut offs of the field of view stand against well-metered overlaps to emphasize space. Object classes such as the sophisticated silhouette sheets disappear, very likely because they did not fulfill the newly developed requirements for space. Bronze votive plaques are composed in accordance with the intended depiction or narrative. Oriental set pieces get reassembled to new compositions. Ornaments on the one hand are charged with meaning based on older traditions, while on the other hand they contain special meanings that are not always easy to decode in the modern day. The three dimensions of the body of a vase itself add to the effectiveness of the images in a completely new way and represent visual developments that are not seen in later times. The manner in which parts of garments were put together in relation to each other and to the human body itself is hard to comprehend with our visual perception. However, it differs significantly from the representation habit in Classical times and again underlines the need for serious visual hermeneutical reflection. This example makes it especially clear why this collection of texts on the methodology of interpreting early Greek figurative art is of such great importance.