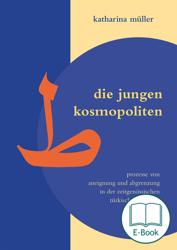 This justifies the designation of these Turkish authors as "young cosmopolitans", considering that sociologist Ulrich Beck emphasizes the fact that cosmopolitanism ignores the principle of the either-or and embodies an as-well-as-thinking. It is precisely this as-well-as-thinking that has become the determining principle of the works of contemporary Turkish authors. Its implementation includes features of cosmopolitan literature such as ambiguity, simultaneity, polyperspectivity, ambiguity in terms of literary spaces and figures, as well as locally and globally identifiable themes and the depiction of the dialectics of the conflict between the cosmopolitan and its opponents. All this can be exemplified by the following works analyzed here: Yitik Gözün Boşluğunda (In the Void of the Lost Eye, 1996) and Kırmızı Pelerinli Kent (The City with the Red Pelerine, 1998 ) by Aslı Erdoğan; The Saint of Incipient Insanities (2004) and İskender (İskender, 2011) by Elif Şafak; Esmahan Aykol's novel Savrulanlar (The Scattered, 2006) and Hakan Günday's novel Az (Little, 2011).

These contemporary Turkish authors create a literature that cannot be easily instrumentalized, that is no longer in the service of a nation, but promotes a new view on an equally regional and global world, which includes today’s Turkey. While the political situation in Turkey remains difficult and the country is once again challenged by inner tensions and hostile oppositions, these writers and their works are of utmost importance. Their voices, their texts show a different picture, another option of Turkish society. In this sense, this thesis not only wants to broaden the current research on contemporary Turkish literature, especially in German-speaking countries, but also emphasizes that literature celebrates diversity and deliberately reflects the countless nuances of an actually very heterogeneous Turkish society, while politics fuel resentments and push the boundaries higher.

Katharina Müller, born 1984, works as a DAAD-Lecturer at Helwan-University in Cairo, Egypt. After studying Islamic Studies, Modern and Contemporary History as well as German Language and Literature in Münster and Istanbul, she wrote her PhD thesis on processes of appropriation and delimination in contemporary Turkish Literature at Münsters Graduate School Practices of Literature. She then worked for several years as a lecturer for German Literature, Literary Theory and History of Science at Marmara University in Istanbul.